About Us – Our History


About the Ursuline Sisters of Louisville 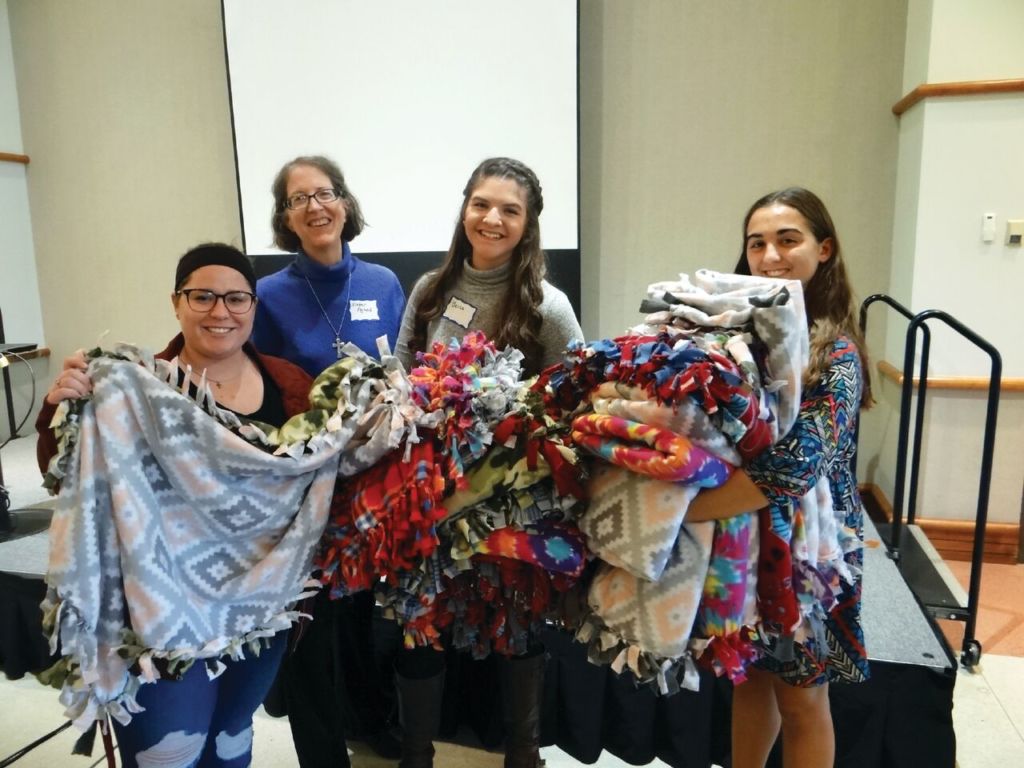 The Ursuline Sisters of Louisville are a congregation of women religious in the Roman Catholic Church who follow a vowed life of consecration and prayer united with good works.

The Ursuline Sisters of Louisville have a rich history
that dates back to 1858 in Louisville, Ky. Today, we
minister in Kentucky and in Peru, in South America. Click on the map below to enlarge.

The Ursuline Sisters of Louisville, Kentucky, an apostolic religious congregation of the Roman Catholic Church, rooted in the spirit and tradition of Saint Angela Merici, are committed to a life of prayer and community and participation in the teaching mission of the Church.

Teaching Christian living is the corporate ministry of the Ursuline Sisters. This ministry, cutting across socio-economic, racial and national boundaries, assists women, men and children to live more fully and to develop a personal relationship with God.

“Soli Deo Gloria” (Be glory to the only God)

This symbol is worn only by Ursuline Sisters of Louisville either on a chain or as a lapel pin. Created by the late Sister Brigid Kirn, OSU and selected by the Sisters from among 16 potential designs, it was adopted in January 1976 to replace the habit (regulation dress for the Sisters).

The cross was chosen as the basic structure because it is a universally recognized sign of Jesus Christ. The flames, signifying consuming love, are the work of the late Sister Benedicta O’Connor, OSU. The words, “Soli Deo Gloria,” are translated by the Louisville Ursuline Sisters as “Be glory to the only God.” These words may be traced back to 1776 as the motto of Ursuline Sisters. 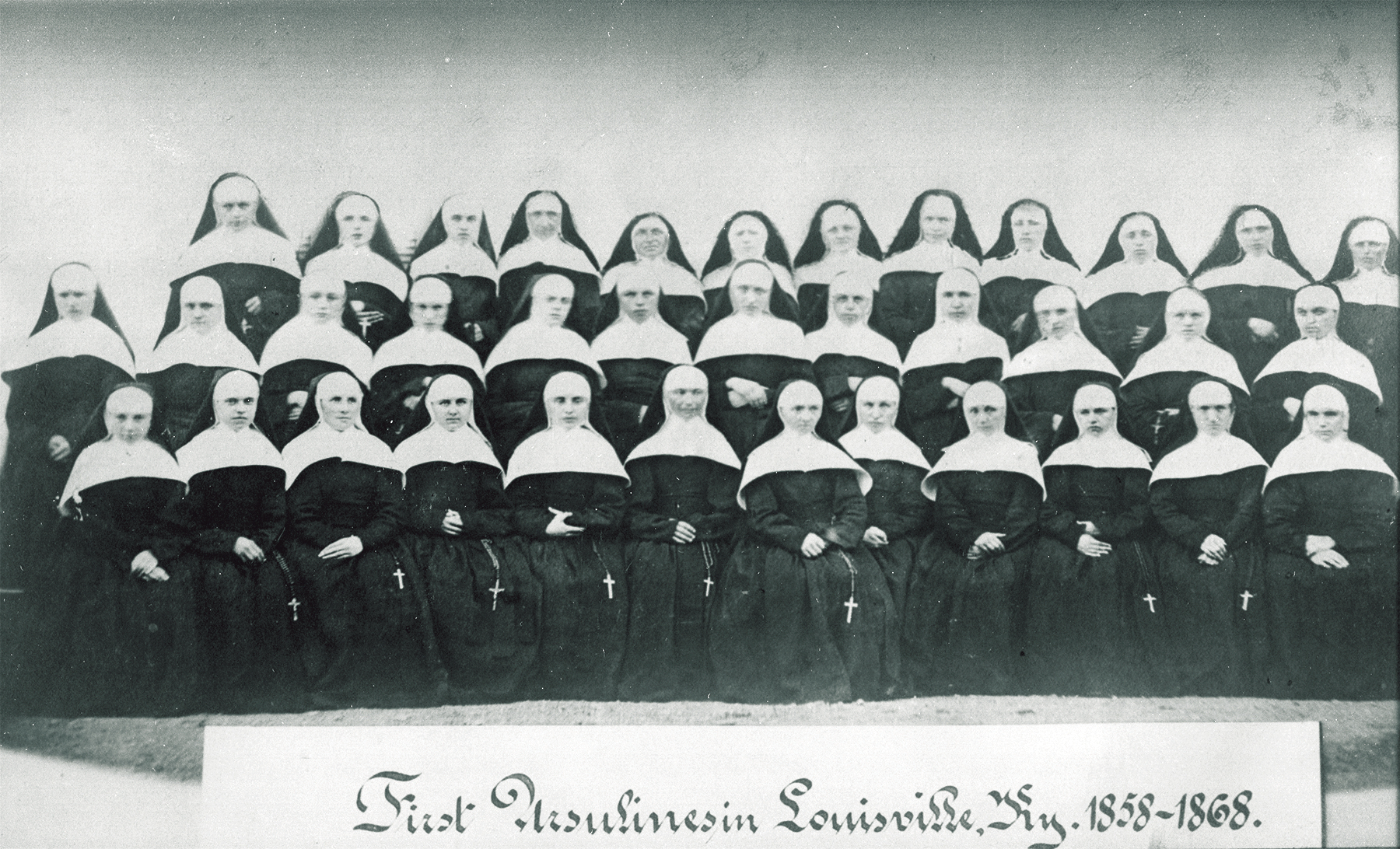 The first Ursulines in Louisville, KY

The Ursuline Sisters began their ministry in Kentucky in 1858 when three sisters from Straubing, Germany, led by Mother Salesia Reitmeier, answered a call to teach the children of German-American immigrants at St. Martin of Tours School in Louisville. Within two weeks of their arrival, the sisters were teaching 50 students with plans for constructing a convent and boarding/day school on Chestnut Street near Shelby. The building was completed in 1859 and was named Ursuline Academy. The new school for girls offered classes from elementary through the twelfth grade.

Soon, the Ursuline Sisters were asked to operate and staff other schools. They established Sacred Heart Academy in 1877 on Workhouse Road (now Lexington Road) and by 1881, 20 schools were in the care of the growing community of 108 sisters. In addition to schools in Kentucky; since 1858 the Ursulines have also served in 23 other states and Peru, South America.

In 1917, the Sisters completed construction of their new Motherhouse on what was to become the Ursuline Campus on Lexington Road.

Pupils of the Sacred Heart Academy, 1919

When Vatican Council II (1963-65) issued its challenge of renewal, the Ursulines responded promptly, involving all the Sisters in the renewal effort. The challenge resulted in revitalized prayer, diversified community living, restructured government, greater community participation and new forms of teaching Christian living. The Ursulines now experience living closer to the form of life established by Saint Angela Merici in 1535.

Today’s ministries and interests reflect the rich diversity and legacy of service as put forth by the Ursuline foundress, Saint Angela Merici.They include social services, education, healthcare, parish/pastoral/spirituality/cross cultural ministries, presence and prayer.