Leaning In To Pentecost

Leaning In To Pentecost

The following is a reflection given by Sister Agnes Coveney, OSU, at Mass on June 2, 2022 in the Motherhouse Chapel on the Ursuline Campus.

Here we are on our journey in the 7th week of Easter, between the celebrations of Jesus’ Ascension and his sending of the Holy Spirit on Pentecost. There is something to the times we are living in now, that makes us lean forward toward the enlightenment and wisdom that the Holy Spirit brings to us in Pentecost. As for the times in which we live, it is important to note that today is the feast of Saints Marcellinus and Peter, martyred in the 4th century on during the persecution of the Emperor Diocletian.

Today, persecution, violence and conflict are present in the world around us. We struggle to take in the news we hear—so many people in our world killed in wars, suffering greatly in ongoing conflicts in other countries. There are the global ills and conditions brought about by corruption, pollution, lack of opportunity, and poverty. In our own country we mourn with the families of the schoolchildren and teachers in Texas, as well as the families of people killed in the mass shootings. Among the many emotions we may feel, we are all saddened by this violence. Today, now, in the midst of our lives and in the midst of our world’s hurts, what can we learn from these Scripture readings? What will help us? What can we do as followers of Jesus Christ in our times?

Our Scriptures never fail to give us insight. In our first reading from the Acts of Apostles, there is Paul. In the midst of the division between the Pharisees and Sadducees, the commander has Paul rescued by his troops and brought back to the compound. In this confinement, the Lord says to Paul, still imprisoned, take courage, bear witness… And if that God-sent message to Paul in his troubled, threatened circumstance, escaped us, take courage, bear witness, there it is in Psalm 116, Abide in confidence.

In the Gospel of John, we hear The Prayer of Jesus. This is the moment when Jesus and disciples are in the upper room, before they go out and encounter the guards of the chief priests who will arrest him. Jesus’ prayer to God, May they be one, is that through the unity of his followers, the world may know the love of God is in us.

Now as we gather in our place of prayer and as we anticipate the disciples gathering in the upper room to be surprised and overjoyed in Jesus’ Pentecost, we strive to witness unity in a world with many divisions. We, as Ursulines know the word unity. St. Angela in her Last Counsel urges us to follow Jesus in this way of mutual love and unity: She says to us: Live in harmony, united together, all of one heart and one will. If we try with all our hearts, Angela urges us, Jesus will be in our midst and others will see this Christian love and be inspired by it.

When, in our unity, we take a stand with other women religious against gun violence, when we help immigrants at the border, when we give to good works, we plant a tree, when we gather and share and listen to each other, when we patiently and charitably bear with each other, when we sing songs of praise together…we are living as Jesus would have us live.

Let me say it again. We are living as Jesus would have us live as we lean toward Pentecost and ask for the Holy Spirit’s peace in our world.

Wishing to determine the truth
about why Paul was being accused by the Jews,
the commander freed him
and ordered the chief priests and the whole Sanhedrin to convene.
Then he brought Paul down and made him stand before them.

Paul was aware that some were Sadducees and some Pharisees,
so he called out before the Sanhedrin,
“My brothers, I am a Pharisee, the son of Pharisees;
I am on trial for hope in the resurrection of the dead.”
When he said this,
a dispute broke out between the Pharisees and Sadducees,
and the group became divided.
For the Sadducees say that there is no resurrection
or angels or spirits,
while the Pharisees acknowledge all three.
A great uproar occurred,
and some scribes belonging to the Pharisee party
stood up and sharply argued,
“We find nothing wrong with this man.
Suppose a spirit or an angel has spoken to him?”
The dispute was so serious that the commander,
afraid that Paul would be torn to pieces by them,
ordered his troops to go down and rescue Paul from their midst
and take him into the compound.
The following night the Lord stood by him and said, “Take courage.
For just as you have borne witness to my cause in Jerusalem,
so you must also bear witness in Rome.”

Lifting up his eyes to heaven, Jesus prayed saying:
“I pray not only for these,
but also for those who will believe in me through their word,
so that they may all be one,
as you, Father, are in me and I in you,
that they also may be in us,
that the world may believe that you sent me.
And I have given them the glory you gave me,
so that they may be one, as we are one,
I in them and you in me,
that they may be brought to perfection as one,
that the world may know that you sent me,
and that you loved them even as you loved me.
Father, they are your gift to me.
I wish that where I am they also may be with me,
that they may see my glory that you gave me,
because you loved me before the foundation of the world.
Righteous Father, the world also does not know you,
but I know you, and they know that you sent me.
I made known to them your name and I will make it known,
that the love with which you loved me
may be in them and I in them.”

@Pontifex: The #Synod we are now celebrating calls us to become a Church that gets up to go out to meet the world, a Church in which everyone feels welcomed, where the art of listening, dialogue and participation are cultivated under the sole authority of the Holy Spirit.
h J R
@ursulineslou 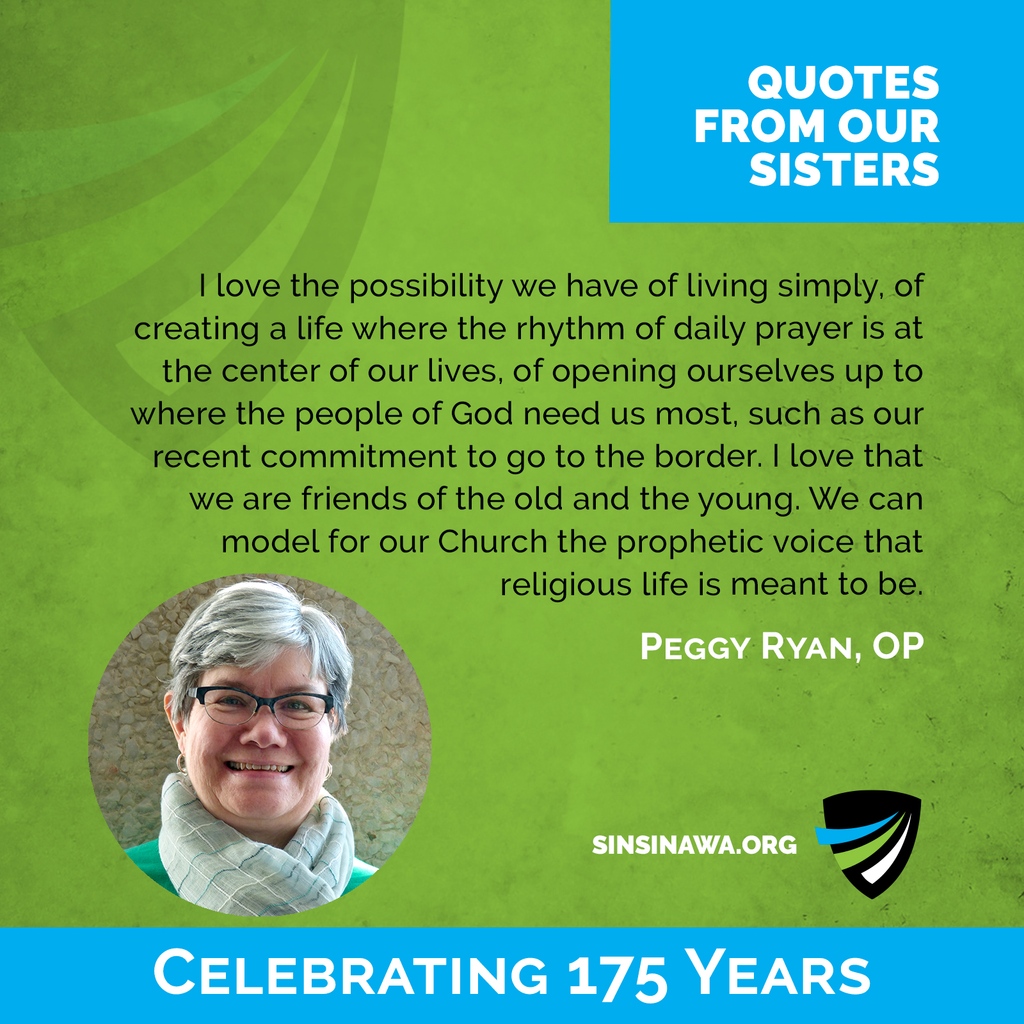